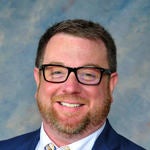 Andrew B. Roper has practiced law based out of his hometown of Cedartown, Georgia since graduating from the Cumberland School of Law at Samford University in 2005. While he devoted the first several years of his career to representing injured workers exclusively, he has since had the opportunity to represent clients in a wide variety of cases throughout the state, which has allowed him to participate in the mediation process pertaining to a number of different fields and subject matters.

In addition to his private practice and mediation services, Andrew currently serves as Chief Judge of the Municipal Courts for the cities of Cedartown and Rockmart, and has served as Judge Pro Tempore for the Municipal Court of the City of Rome, the Juvenile Courts of the Tallapoosa Judicial Circuit, as well as the the Superior Courts of the Tallapoosa Judicial Circuit. He has also served as a Magistrate Judge for Polk County, Georgia since 2014.

Andrew's experience on the bench brings a unique perspective to the mediation process. After completing the required training in General Civil mediation, Andrew returned to complete his training in Domestic and Family Law mediation, and is a registered mediator/neutral with the Georgia Office of Dispute Resolution in both General Civil mediation as well as in Domestic and Family Law. He is excited to offer his services through JordanADR, and would be honored to help you get your case to resolution.

When not in the courtroom or at the settlement table, Andrew loves to spend his time traveling and catching Atlanta Braves games with his wife, Rena, and two children, Jack and Ande Kate.

Andrew is based in Cedartown, Georgia, and is available for mediations statewide.