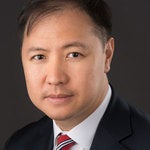 Bryan Ramos is an experienced litigator who has dedicated his professional life to the advancement of workers' compensation law in Georgia.  Having significant experience representing multi-national corporations and large insurance companies for many years, Bryan founded the Ramos Law Firm in 2005 to focus on the representation of Georgia's working class.

While Bryan is recognized by the Georgia Office of Dispute Resolution as a registered neutral in general civil mediation, his practice centers exclusively on Georgia workers' compensation matters.

Bryan carries an “AV-Preeminent” rating by Martindale-Hubbell, which represents the highest possible peer reviewed rating in legal ability and ethical standards.   Most recently, Bryan was selected to serve as a Fellow to the College of Workers' Compensation Lawyers, a national honor society of attorneys who have distinguished themselves in the field of workers' compensation.   He has also been recognized by the Commission on Healthcare to serve as a Medicare Set-Aside Certified Consultant (MSCC).

Bryan is a frequent lecturer for the National Business Institute and Lorman Seminars.  He has been consistently named as one of Georgia's Super Lawyers, and most recently, he was given the distinction of being one of the Top 100 Lawyers in Georgia.  Additionally, he has been named as one of the Legal Elite by Georgia Trend Magazine.

Bryan was raised in the North Florida and South Georgia region.  He graduated from the Florida State University with a Bachelor of Arts degree in English Literature, and he earned his Juris Doctor degree from the Walter F. George School of Law at Mercer University.  After law school, Bryan served as the judicial law clerk for the Honorable Judges:  Edward Lukemire, George Nunn, and L.A. “Buster” McConnell of the Houston Superior Judicial Circuit.

Bryan's philosophy towards resolving litigated claims is grounded in the preservation of the respect and dignity of the participants; the clear identification of requirements and wants; and the genuine analysis of the conflict and factors preventing the closure of the matter.  Bryan firmly believes that “life after comp” can be achieved and is generally closer than the parties feel.

You can reach Bryan via email at [email protected]