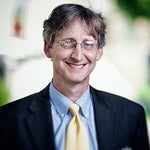 John is an employment and civil rights attorney who has been practicing law for more than 30 years.  For the last 25 years he has been representing employees, executives and small employers on employment matters of all kinds.  In addition to private sector employees and employers, John has represented numerous public sector employees such as teachers, professors, State and County workers, and first responders.  His considerable experience extends to both State and Federal courtrooms where he has tried to verdict cases involving an array of labor, civil rights, and whistleblower laws including the Fair Labor Standards Act, Title VII of the Civil Rights Act of 1964, the Americans with Disabilities Act, the Equal Pay Act, the Family Medical Leave Act, the Age Discrimination in Employment Act, Sarbanes Oxley, and the U.S. Constitution.  John has also done considerable work on behalf of employees both individually and collectively who have been denied proper minimum wage and overtime pay under the FLSA, and employees who have lost their jobs as a result of mass layoffs and plant closings in violation of the Worker Adjustment and Retraining Notification Act.  John's practice has also included representation of our Country's military service members in job discrimination claims under the Uniformed Services Employment and Reemployment Rights Act.

In 2016, John was selected to be admitted into the College of Labor and Employment Lawyers, an association that honors distinguished and leading lawyers nationwide who practice Labor and Employment Law. He is a member of the American Bar Association Labor & Employment Law Section and past co-chair of the Employment Rights and Responsibilities Committee of that Section.  John is also a long-time member of the National Employment Lawyers Association, has served on its Executive Board, and is a two-time past president and board member of its Georgia affiliate. John regularly speaks at employment seminars across the country and has published papers and articles on a variety of employment law and litigation related matters.  Most recently, John has authored the Georgia Chapter and Georgia Supplements for the ABA Employment at Will treatise published by BNA.

John's experience includes years working in Atlanta at a “big city” practice as well as work in smaller communities like Athens and Watkinsville, Georgia.  Currently, John lives in Watkinsville with his wife, a University of Georgia professor and administrator.  He has two daughters one recently graduated from the University of Georgia and the other just beginning her college career at UGA.  When not working John enjoys hiking, canoeing, and fly fishing, mostly with his dog Luna, and developing his fly-tying skills.