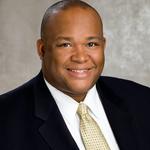 Marcus has been a litigator since 2002. He began his legal career as a Trial Attorney for the U.S. Equal Employment Opportunity Commission's Atlanta District office, where he represented the United States in employment discrimination cases in the Northern, Middle and Southern District of Georgia's federal courts. Following this, Marcus worked in private practice at two Atlanta law firms, handling employment law, business litigation and consumer finance matters.

Marcus is a big believer in the power of mediation to resolve disputes. Prior to attending law school, Marcus mediated cases for the Maricopa County Justice Courts from 1996-1999, conducting dozens of mediations as a volunteer for small claims matters brought before the court. Marcus's heavy involvement in the program led to his selection as a mediation trainer and to his being selected for an Arizona Supreme Court subcommittee on establishing the first credentialing process for mediators in Arizona. During law school, Marcus continued to volunteer as a Mediator, mediating employment discrimination claims for the U.S. Equal Employment Opportunity's ADR office. In 2012 Marcus completed Georgia's requirements for mediation within the state of Georgia, and has conducted private mediations for litigants since.

Marcus is licensed to practice law in the state of Georgia. He has earned an AV rating from Martindale-Hubbell a signification of the highest level of professional excellence. He has been chosen twice as a Rising Star by Super Lawyers and has been selected as a Super Lawyer each year since 2015. He has been given the distinction of a Top 100 lawyer in Georgia for the past three years, and has previously been named a Legal Elite by Georgia Trend Magazine. Marcus has been selected by the Georgia Supreme Court as a Mentor for incoming lawyers through the Transition Into Law Practice Program and is a frequent lecturer for the State Bar of Georgia, the National Employment Lawyers Association, Lorman Seminars, and the National Business Institute.

You can reach Marcus via email at [email protected]